Most people are pre-occupied with what’s going on in their heads and tend to forget the true beauty of the universe which has to do with the interaction of everything in this world and beyond. From the skies to the stars, the moon to the sun all these are amazing phenomena which ought to be pondered upon, but are clouded by our daily desire.

This is where Celestial Dynamics LTD comes in. They have exploited the beauties of the better parts of our daily lives which include the cosmos as a whole and the constellations as well to come up with a new app dubbed the Cosmic Watch.

The Cosmic watch is an interactive 3-dimensional app which doesn’t just operate as a real time world clock, but has the whole exoskeleton of the earth and stars fitted into it which in turns gives you a comprehensive view of the galaxy and how its entities interact with themselves. This though gives the Cosmic watch tool an edge over other apps available out there as you would be able to use it to give detailed teaching on Astronomy for aspiring students and even quite fun for kids to use.

This Swiss made app is available for both your Android and iOS handset as well. Once you have the app installed successfully, then you are in for a treat as you can explore the Galaxy in times past and present. 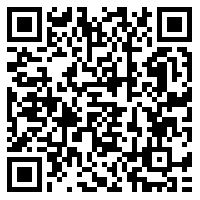 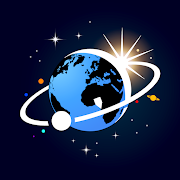 Once launched, you would be given a 3D image of the globe which you can be manipulated with your finger by pinching on the screen to zoom in on a particular region and taping on a point on the globe for more details about the selected area.

The cosmic app’s ability to time travel makes you almost relive the days which you have lost or even take a look at centuries past. Like for instance, you can go back in time and see what was going on in the cosmos when you were born, who knows, the planets all line up at your birth or even see what 2020 has in stall for us.

As you now know, tapping on a location reveals the name of the Country/city and the time as well but there are some really hard to tap spots on the globe (am looking at you Banjul, The Gambia). However, once you have gotten these locations, you can favorite places and save them as well to easily go back to them.

If however, you are a fan of stars and their alignments, then the constellation view does justice to your desire as you have a clear view of Capricorn, Scorpius Sagittarius and the 85 other patterns the stars in the sky usually form.

With the cosmic app, the true beauty and neglected importance of sunrise and sunset is brought to light as you would be able to see how the sunrises when the earth rotates around it as well as the visible and non-visible areas around the globe.

There is more though, you can take a look at the clouds and the time-travelling can help you plan ahead of time which is way more than awesome. Other features included are an orrery, an armillary sphere, an astral chart-generator, an astrolabe and an antikyra mechanism all added to the above mentioned features that definitely gives this app an edge over other cosmic oriented apps out there.

With an awesome User Interface which has pretty fun movements that can keep your fingers tinkering for hours, this is definitely the go to app for just about anyone that likes the view of the universe. Try it out and let us know your comments below.