When I first played Limbo on PC around 3 years back, I was in awe of its simple yet intricately designed world which relies not on flashy visuals but an atmosphere which plays on your subconscious fears and makes your nightmares come to life.

Now that Limbo has made its way to Android, I feel it merits a brief review and is totally worth the download (and the money you pay for it). In Limbo you play a small boy in search of his sister who has disappeared. From the start, the tone is set and the atmosphere is built with the help of a monochrome color scheme which does more for this 2D platformer than most 3D games wish to achieve.

You walk through forests and avoid the unmistakably gruesome traps just waiting to chop you to pieces – the threats are real, they never stop and you can’t afford to even blink. The sounds, or lack thereof actually build tension as you can only hear your footsteps until a sudden burst of sound ensures that you stay focused.

Giant spiders, meat grinders, bear traps and dead bodies, Limbo has all the makings of a horror game, but that’s not all. It actually pushes you to analyze your surroundings and use the elements present for your own survival. You’ll come across both familiar and hard-to-solve puzzles which will force you to try and try again.

You are going to die, many, many times over, and while the game can bring you to your knees as you try to get things just right to get through, it is extremely rewarding once you solve puzzles and get the hang of it.

The game plays as one continuous story even when you get to new levels and by the end of it you’ll only wish it was a little longer than it is. One of the best things about Limbo however is that it is extremely simple and easy to understand. You don’t really have to be hardcore gamer to make it through and solve the puzzles. Some of my friends who tried the game weren’t even into gaming and yet they couldn’t help but be curious and try their luck.

Now that the game has been ported to Android, it fits right in thanks to its simple premise and gameplay. If you haven’t played the PC or console versions, you won’t even feel that its a ported title, that’s how natural it feels on mobile devices.

If you’re looking for a great game which is casual, yet challenging and allows you to get right into the thick without a steep learning curve, then Limbo for Android will do perfectly. 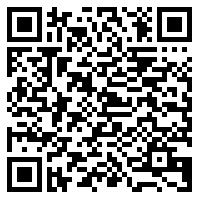 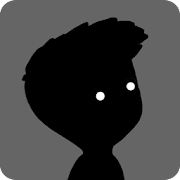 If you try Limbo on your Android phone or tablet we’d love to know your thoughts on it.

Recommended for you: Top 10 Tower Defense Games on Android