Slowly over the years, our smartphones have grown on us and it’s potential in regard software and hardware capabilities have equally crawled up to a point where its features and functions and continually matching to that of the desktop-class operating systems already out there.

Given the fact that Android is the most used operating system, it is no surprise that it’s made inroads into the desktop space with the likes of Android-X86 and Jide’s Remix OS – which is a desktop suited platform that is to match with Windows, OSX, and Desktop Linux.

Airdroid is one worth-to-mention attempt that aims to bridge the gap between your smartphone and your PC in but not necessarily in the literal sense of Microsoft’s Continuum or Ubuntu’s convergence but rather to help increase usability, accessibility of apps, functionality and so on from your smartphone through a web-based interface.

How does it do this you ask me?

Before we proceed any further the experience is best practicalized – so you probably want to go ahead and download the Airdroid app from the Play Store right now before we give you a cap of what to expect. 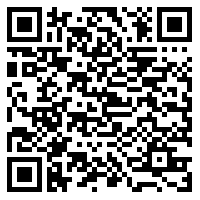 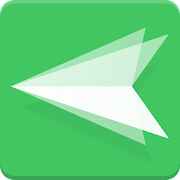 It is noteworthy that Airdroid is essentially a file managing app that doubles as a service that allows you to remotely control your smartphones (sort of)…provided you’re on the same network. However, over the years, the Airdroid devs have added to the features of its service thereby maximizing the extent at which you can use your device together with your PC.

Airdroid has gradually grown to be easier than when it first launched so we’ll quickly touch the key areas that you need know to have it set up so you may begin to seamlessly share files between your PC and Android device.

After you might have downloaded the app, on launching, you’re greeted with a familiar welcome screen that basically introduces you to the features of the app (we recommend you go through with it) – after which you’re prompted to login which can be easily done if/since you already have your Google account configured with your phone – or if you’d rather go the facebook way or create an account with an entirely different email.

Once you have that set up, the app autodetects your network and shows you a screen where you can tap on the QR code icon – to scan the QR code on the web page — which is an alternative means of pairing your smartphone with the web browser on your PC — (after you might have entered “web.airdroid.com”) after which you’d be redirected to an HTTPS Airdroid web page as illustrated in the image below.

You simply register with your Google ID like you did on your phone or the alternative means. After which your phone will be automatically detected but you want to be sure that you’re connected to the same network as your smartphone if not, Airdroid will fail to detect your phone and vice versa – hence issues with pairing both devices.

Once you’ve gone past this, you’ve successfully set up Airdrop – now you should give yourself a big pat on the back. Welldone!

Airmirror is perhaps the most prominent feature of the Airdroid service which essentially allows you to sort of mirror your smartphone screen (like literally scale it up) on the Airdroid page in your browser in an open window.

How useful is this you ask me? Imagine a case scenario where you want to maximize the extent of your gameplay, this is a well-welcomed feature where you don’t necessarily have to cast your screen to a large display (provided you might not have that laying around – albeit, it’s much preferable).

it’s pretty much effective in blowing literally everything on your smartphone display to your browser, for an effective gameplay, video watching, and whatnot – you explore away. But mind you, this is a premium feature.

who doesn’t like more options when it comes to managing files on our Android devices? Given that many smartphones still lack an official PC suite, Airdroid is there to fill in that gap where you don’t necessarily have to connect your smartphone to your PC (via a data cable — MTP) to transmit data – and you can just do the whole thing wirelessly.

However, if your device OEM has a PC suite software, you’re probably better off with that as it integrates better with your device – hence, giving you an experience that is likely better that the Airdroid alternative….however, Airdroid is with the advantage of being cross-platform – given that it runs within a browser, all you’ll ever need is a supported browser on whatever platform you might be rocking – I recommend Chrome or it’s open-source alternative which I use on Linux (Chromium).

However, there’s a little caveat, you can only send a max file size of 30MB and there’s a bonus feature that allows you to send as much as 200MB remotely with an unlimited “remote quota”; but there’s a catch – you’ll have to share the app every 14 days to continue to enjoy the bonus features if not, you’d be cut off….. and why, of course, a premium subscription that allows you to share a file size of up to 1GB with an unlimited remote quota also exists.

As you can see in the screenshot below you also get the likes of the remote camera, catch intruders and more advanced features if you go premium.

The video ad below also shows some varying (probably impractical) use cases of “remote camera” and other features.

you also get a booster app, antivirus, hotspot, tethering etc – refer to the screenshot below – baked in.

Second to that, is the ability to receive calls from your PC, reply messages (SMS, MMS, and IMs) directly from your PC without even needing to pick up your phone.

I’m probably going to find this a lot useful in the nearer future – why you say? – I’ve only had a few days hands on – but I can already say, Airdroid is more than interesting and should definitely please the mass of Android enthusiasts out there and even the regular folks.

Given it’s 10 million+ downloads and 4.5 rating from 400K+ reviews, we have no doubt that you’re on for an enjoyable experience with Airdroid but mind you – you’re only limited to as far as you wish – you can enjoy some  (with the Bonus freebies) or all the premium features (together with the free/bonus ones) for the fair price of 20$ per year that can be paid via PayPal.