Mortal Kombat has had it’s share of loyal fans since the franchise’s debut in 1992 and the brawler is popular for its uncensored gore and blood shown in high quality graphics. While most of you have probably played the game on consoles and PCs over the years, you can now download Mortal Komat for Android completely free from the Play Store.

The game is released by Warner Bros. International Enterprises, and joins their lineup of other popular brawlers like WWE Immortals and Injustice: Gods Among Us which saw successful releases on Android.

Like their previous games, Mortal Kombat X looks great in terms of graphics, which are at par with the game’s console versions. Similarly, we get the same gore and blood we’ve come to expect from the game, including fatality moves shown in gripping detail.

To go with its violent content, the game gets a high maturity rating, which should please loyal fans of the franchise. However, high quality graphics also mean the game will not run on Android devices with low hardware specs, especially anything less than 1 GB RAM.

As mentioned earlier, Mortal Kombat X is available for free from the Play Store, but comes with in-app purchases that go from $2 to $100. The game has been getting very high ratings so far but you may have to wait on long loading times.

The minimum space requirement is 1.5 GBs while you may see graphical artifacts if your Android device doesn’t have a dedicated GPU like Adreno. While we haven’t tested the game to figure out the controls, it should technically work with game controllers compatible with Android.

If you’re excited about download Mortal Kombat X on your phone or tablet now, you may be disappointed to know that it’s not been released globally and is currently only available in selected regions. If you’r country is supported you can try downloading it from the link below. 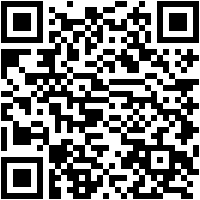 We’d love to hear your thoughts on Mortal Kombat X for Android once you download and install it. Meanwhile, we recommend that you check out the following: