The folks at Marvel have been very active with their superhero movies (Avengers, Iron Man), TV shows (Daredevil) and video games, and have released a new game for Android called Marvel Future Fight to go with their new movie Avengers: Age of Ultron.

Marvel Future Fight is basically an action Role Playing Game (RPG) for both iOS and Android, and is completely free to download and play with some in-app purchases.

In terms of the in-game roster you will be happy to find your favorites, including Iron Man, Spider Man and characters from Guardians of the Galaxy as you form your dream team to bash villains into oblivion and progress through the Marvel universe.

Marvel Future Fight features 3v3 battles as you pick your own team and compete against others. You also get a single player campaign where you move across the Marvel Universe, upgrade your own heroes, unlock new skills and beat super villains.

The graphics are pretty good and at par with other top titles like Mortal Kombat X for Android and you will find the controls easy and intuitive. As for the hardware requirements, we don’t think any Android phone or tablet without a dedicated GPU will be able to run int. Similarly, you will need to ensure you have enough free space on your internal storage to download the game (the initial download is 31 MB but you will also be downloading additional data later on).

If you are a fan of the genre, you’re definitely going to love the game. However, the difficulty level may be frustrating at times, especially if you don’t want to spend any money on in-app purchases. You may also run into some stability issues and crashes early on, but we expect the initial bugs to be ironed out in future updates. 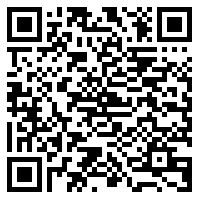 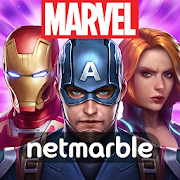 Do let us know if you download and try Marvel Future Fight on your Android phone or tablet. Meanwhile, you should also check out:

5 Reasons Not to Upgrade to GoPro HERO8 from HERO7

GoPro’s action cameras need no introduction and have found a place in every photo/videographer’s collection because they are great, durable and reliable...