If you’re a fan of the Hitman series of video games, you’re going to love the new Humble Bundle and it’s Pay What You Want selection. During the next two weeks, you can download Hitman Absolution for PC, Supreme Commander 2 for PC and Hitman Go for Android – for as low as $1.  Yeah that’s almost free.

While I personally love the whole Square Enix bundle this time, what we’re mainly going to talk about is the Android offering, Hitman Go. I have had the game since it first came out, and is definitely one of the best puzzle games on Android. You get to be the notorious Agent 47, except this isn’t the usual third-person Hitman game, but a turn-based mix of strategy and puzzle solving.

The visuals are awesome, the sound effects are great (ambient sounds are a treat) and the whole board game vibe really works well. The game also has great replay value and new chapters are also added. All levels also have bonus objectives you can meet, and if you get stuck, you can get hints for each level using in-app purchases. However, you can complete the game without any hints, so don’t think you’ll be forced to pay. Check out the regularly priced Hitman Go game on the Play Store below for reviews if you want. 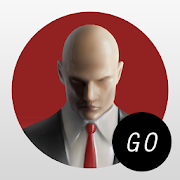 The best thing about Hitman Go however is that it feels like a game that is truly made for the mobile platform. It works great even if you don’t have a high-end Android, and is definitely worth the money. The regular price of the game is around $4, but if you get the new Humble Bundle, you can get it, and two other great titles for a minimum of $1.

If you decide to pay more than the average (currently $6.99), you also get to have Thief, Murdered: Soul Suspect and Deus Ex: Human Revolution (Director’s Cut) for PC. Going up to $15 will add Tomb Raider and Sleeping Dogs to your bundle, and even at this price, this is bundle worth getting.

While the PC games are all redeemable on Steam with the keys provided after purchase, you can directly download the Hitman Go APK file via a direct link or through a torrent (380 MB APK file).

Interested? Download Hitman Go for Android with Humble Bundle – it’s worth more than what you’ll end up paying.