In the olden days (actually not so far back) physical compasses were a thing, and I remember, as kids, we used to be fascinated with the small circular device with a magnetic needle pointing towards North. However, now, with technological advancements, physical compasses have largely been made redundant. We now have GPS, and that too on our mobile devices, which give turn-by-turn directions with voiceovers (can’t get lazier than that).

Still, if you’re hiking, gearing up for a country-side picnic or just going for some old fashioned adventure seeking, having a working compass can never hurt. So today, we’re going to be sharing some of the best compass apps for Android phones which you can download from the Play Store and be on your merry way in no time.

Before we begin looking at compass apps for Android phones, there are some important things you should know as an app user.

Now let’s move towards some of the top compass apps for Android phones, starting with:

The GPS Compass Explorer app is one of our favorites due to its design and the amount of useful information it shows on the main screen. Unlike most apps which focus on longitude and latitude etc, this app allows you to save locations (such as where you parked your car) and track it back with the screen showing distance left and the direction you need to travel.

This is a great feature for trekking or hiking, where you can save the location of your starting point and once done, simply follow it back via the compass.

This compass app works without internet as well but you will not be able to share your location. Do note that this app contains ads. 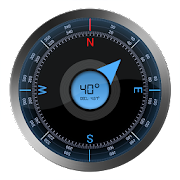 Sometimes you just want a simple, no frills app, and Compass 360 is exactly that. With a minimal interface and UI, and most importantly, no ads, the app just points you in the right direction and as a bonus, allows you to measure levels as well.

However, just because it is simple in design doesn’t mean it is not power-hungry, if you’re running it on a low-end Android phone, expect some lag, but hey, it’s not a perfect world. 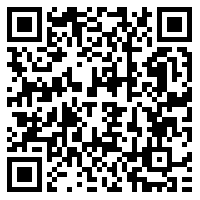 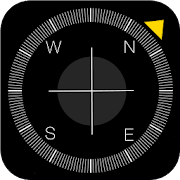 This compass app for Android makes the list because of a few important features. The first being its compatibility with nearly all Android versions, which means even older, low-end phones should be able to run the app. Secondly, this app has landscape and portrait orientations, which means it works on both phones and tablets and finally the app comes with 6 themes “Future”, “Galaxy”, “Retro”, “Military”, “Pirate”, and “Classic”, which give it a bit more variety compared to others. 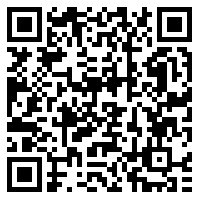 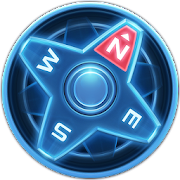 Bit of a niche app, this compass allows you to use Google Maps and GPS to make orienteering (a sport) possible using overlays and maps. However, this means you need to be able to download maps and stay connected to the internet. The app does not work without an internet connection and that is its biggest drawback. But if you’re into orienteering and need a good app to help you, this is worth a try. 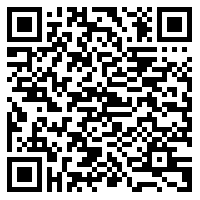 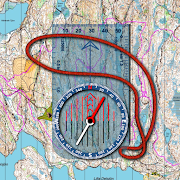 And that’s it for our list of the best compass apps. Yes, it is a short list, but the point is to refrain from fluff and sharing a plethora of apps, all of which have the same features and most of them have very intrusive and aggressive ads.

Meanwhile, if you’re going to be using your compass app in the dark, you may also need a flashlight app to go with it. Our list of the best flashlight apps for Android has some great apps, particularly chosen on the basis of their permissions.

We would love to hear from you if you use any of these compass apps and how they helped you during your adventures or travels. Share your thoughts with us via comments and subscribe for more great app guides.